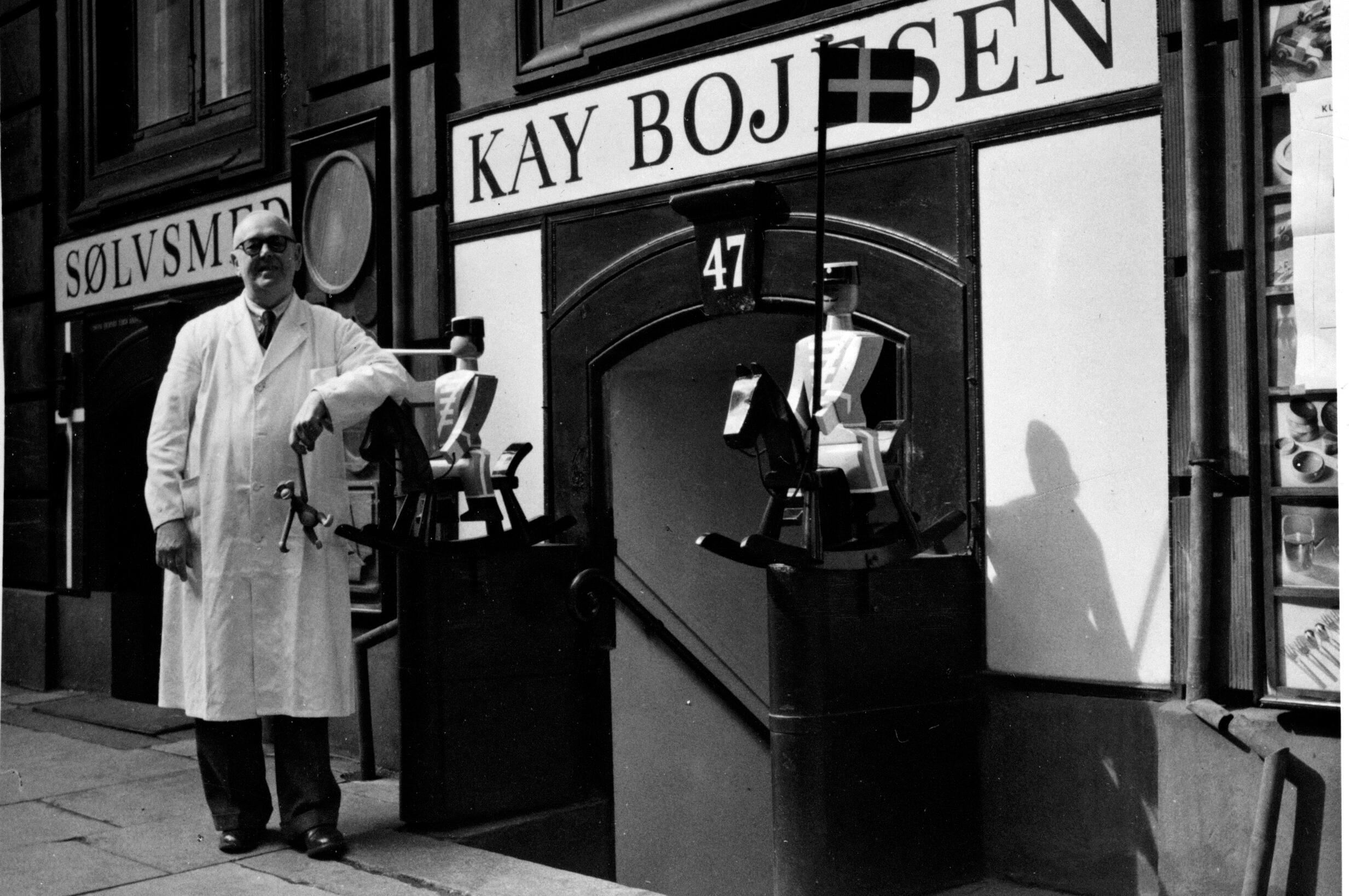 Kay Bojesen is synonymous with original Danish design. He remains one of the biggest Danish designers from the 1900s, and represents the story of one of the strongest and most loved brands in Danish design history, with classics in a class of their own. For decade after decade, he crafted original stories out of wood, resulting in a creative, playful world filled with love, smiling lines and unique shapes.
He specialised in the smaller but highly decorative objects for the home, and his iconic wooden monkey has become a particularly strong graphic design object that is known and loved by all ages. Today, the monkey can be found in almost all Danish homes and is not only a part of Danish design culture, but also a part of the everyday life of Danes.

Kay Bojesen trained as a silversmith in 1910 after having been apprentice at Georg Jensen. Kay Bojesen was one of the first Danish artisans to be impressed by functionalism. He was one of the initiators of 'Den Permanente' (The Permanent), a business and showcase that presented the best in Danish and Scandinavian design for many decades. And the clean lines that we know from Danish furniture design and architecture from that same era are clearly visible in Kay Bojesen’s work.

1919 marked the start of a new era for Kay Bojesen. He got married and had his son Otto. And it helped to spark Kay Bojesen’s fascination with the world of children, toys and wood and reminded him of his own childhood when his father would cut wooden figures for him and encouraged his children to be inventive, use their imagination and have fun.

The encouraging words from Kay Bojesen’s father bore fruit. And in the 1930s, Kay Bojesen began to seriously cultivate his interest in working in wood. He created a series of wooden animals that lived up to his philosophy that design should be round, soft and feel good in your hand. Kay Bojesen did not want to create faithful copies of real life animals or to be too sophisticated or detailed in his designs. No, he wanted to create imaginative variations in a design that was based on a childlike world, where the 'lines had to smile'.

The wooden toys had to be simple, sturdy and inspire play. And the popular and world-famous designer was unrivalled as a creator of wooden figures with soul, humour and a twinkle in their eye. In his lifetime, Kay Bojesen was considered to represent the fun side of Danish arts and crafts.

Today, Kay Bojesen is one of Denmark’s biggest design names and his crafts are some of the most sought-after in Danish design. Kay Bojesen kept his childish curiosity and joie de vivre until the very end. And with more than 2,000 pieces of handicrafts, he is one of the most productive Danish artisans ever. In addition to the iconic wooden figures and animals, his production also includes the elegant and luxurious Menageri series with functional items for the kitchen and the rest of the home.

Kay Bojesen was able to turn wood into original stories like no other. With his deep passion for craftsmanship and eye for detail, over the years he created an imaginative world of figures and objects, each one with its own unique story. As such, he became one of Denmark’s greatest craftsmen, and his designs are some of the most sought-after and will continue to retain a firm place in Danish design history.

See all series by Kay Bojesen